Zurich (pronounced is the largest city in Switzerland and the capital of the canton of Zürich. It is located in north-central Switzerland, at the north-western tip of Lake Zürich. As of January 2020, the municipality has 434,335 inhabitants, the urban area 1.315 million (2009) and the Zürich metropolitan area 1.83 million (2011). Zürich is a hub for railways, roads, and air traffic. Both Zurich Airport and Zürich's main railway station are the largest and busiest in the country.

Permanently settled for over 2,000 years, Zürich was founded by the Romans, who called it Turicum. However, early settlements have been found dating back more than 6,400 years (although this only indicates human presence in the area and not the presence of a town that early). During the Middle Ages, Zürich gained the independent and privileged status of imperial immediacy and, in 1519, became a primary centre of the Protestant Reformation in Europe under the leadership of Huldrych Zwingli. 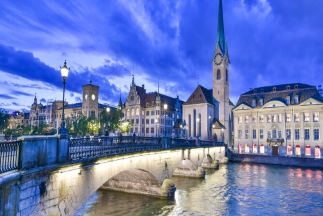 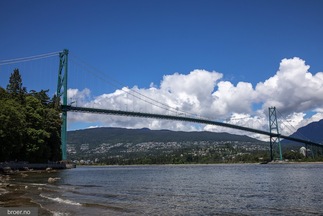 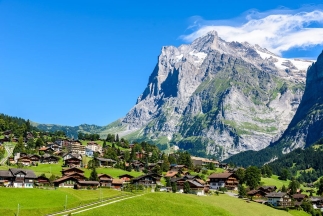 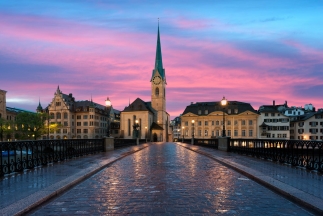